This ad campaign was quickly put together to capitalize on a glowing review in an audiophile magazine. Working to a layout which allowed little room for copy, we had to emphasize the benefits of “audiophile home theater speakers” in 50 (or 40, to be more accurate) words or less.

Back in the early 90s, these Dahlquist speakers were designed to deliver the depth and detail an audiophile would expect from his (most likely “his”) favorite records (yes, records) and CDs (yes, CDs). At the same time, they were capable of handling the extreme dynamics you get on a movie soundtrack.

Beginning with the tagline, “At last, home theater for audiophiles,” which was initially offered to us as a headline, we sought ways to better demonstrate that the speakers could do both. 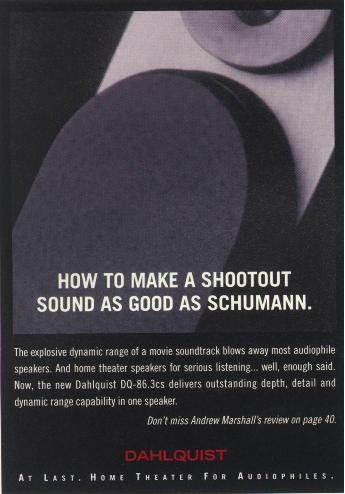 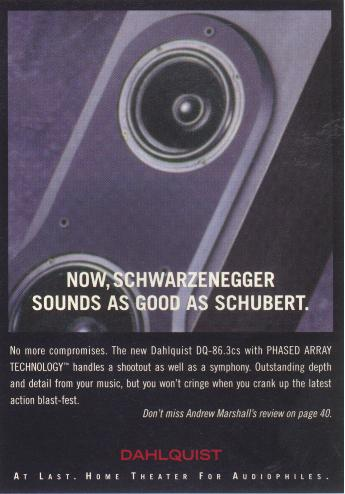 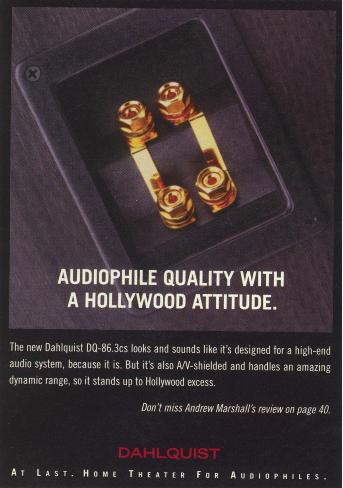 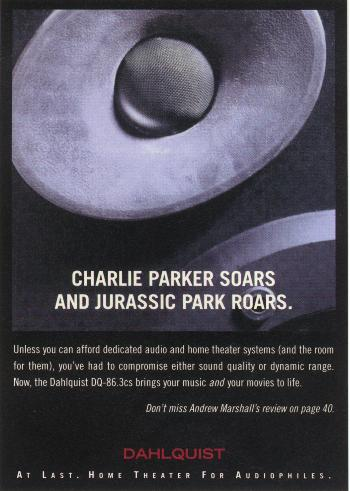 Discover six simple tweaks you can make - by February 2 - to increase leads from your website.
&nbspYour website content has been a big help to our website. Your DIY tips provide customers with more to look at and interest them on the website. Your articles are timely, easy to use, and a great asset to our website. And it was so easy… we don’t have to do the work.
Ray Shaw, Marketing Manager, AB Lumber
Pembroke, New Hampshire
Free Spirit Forest and Nature School wins 2019 Meaford Dragons digital marketing prize